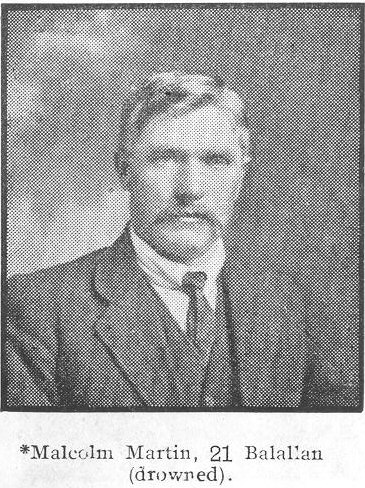 Was engaged in Argentine and Patagonia sheep farming at outbreak of war. Applied for exemption from service as conscientious objector, but was refused.

His brother Finlay served in the RAF, he was wounded Sep 1916 on the Somme; invalided home Dec 1916; first Lewisman to join Air Service; present at Loos and other engagements This site shows all the information and imagery that has been amassed about each of the nearly 1300 casualties from Lewis in the First World War.